I hope to learn more about Woodland. The town was incorporated in 1908 but was settled long before then. It would be nice to see its small but historic commercial core listed on the National Register of Historic Places.

This commercial block has most recently been used as the city hall and police precinct.

This was likely a grocery store. The style was among the most common in early-20th-century Georgia.

When I photographed in Woodland there were Barn Swallows (Hirundo rustica) nesting in front of the post office and flying all around 1st Street.

This was likely a grocery or general store when built.

By its appearance, I would guess that this building is a restoration or reconstruction, but if so it’s a fairly accurate portrayal of the corner-style banks and stores common in the early 20th century. The bank was established in 1906. 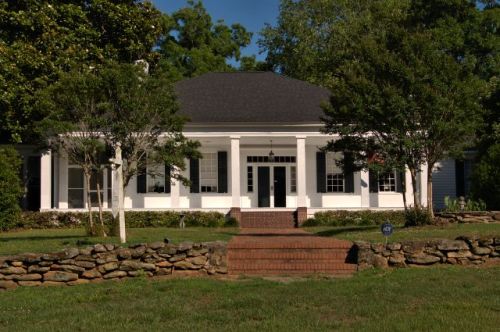 Robert H. Dixon, a state senator and state representative, owned this land from 1827-1857 and built the main house, seen above, circa 1840. The property was sold to Daniel G. Owen (1830-1892) in 1858, and was held by his heirs until 1967. Owen was a Confederate soldier, taken prisoner by the Union, who came back to a different plantation after the war. He was a model post-bellum farmer. Instead of dwelling on the loss of his slaves, he went about making the property work with one-third the labor of plantations of similar size. (Please note that this is private property. I’m grateful to the property owner for permission to photograph the grounds). 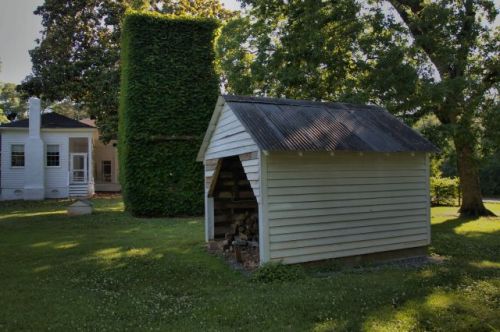 His waterworks, built in 1886, was considered his greatest modernization and received much attention in the press.  The water tower is the tall feature covered with vegetation. 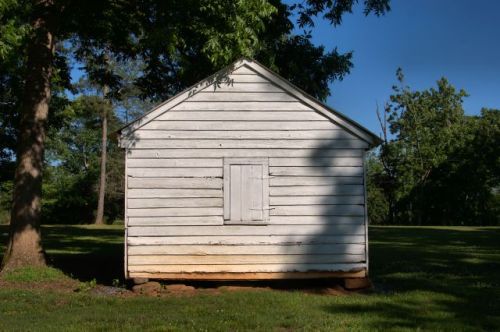 Numerous outbuildings survive on the property. 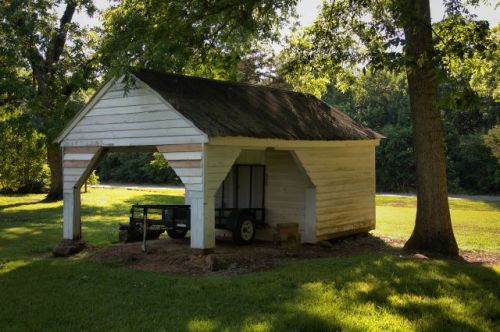 I cannot identify each outbuilding, but each had its own specific function. Descriptions and a much more detailed chronology of the property can be found on the National Register nomination form. 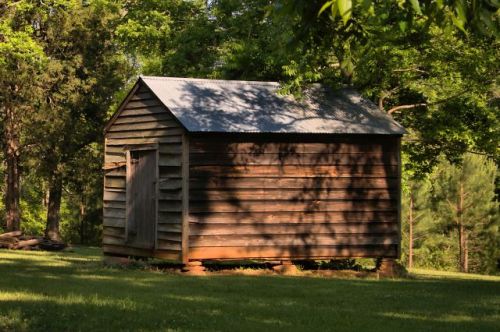 Jim Luckey, the present owner of the property, writes: Mary Elisabeth Hargis Luckey, great niece of Collier Vines Mills along with her husband James Milton Luckey jr. Purchased The Elms from Ed and Cheryl Smith in 2005 bringing the property back into the family. Since the time we purchased the mule barn was razed as it was too far gone to restore. However the stacked stone foundation was left in place. We replaced the roof in 2013 and found the underlying heart pine boards to be in perfect condition. In addition crickets were made and installed behind each chimney and flashed with industrial powder coated metal to divert water and all gutter-downspouts and underground drains installed.
One point which needs correction is the structure being called a guest house (I made a guess that this was a guest house) was indeed either the overseer’s cottage or the cook’s cottage. We think most likely the cooks as the overseer would have been on higher ground and the cook closer to the main house. The Elms is our favorite place and we love being the caretakers of this beautiful piece of history. We are delighted to see the interest this article has created. Any questions we would be pleased to answer contact Luckeyjim@gmail.com

Elaine Kilpatrick Tyler, a former resident, writes: My family and I lived at this farm in the 1950s. We moved there from Talbotton, Georgia. I was in the 11th grade at Talbot County High School in Talbotton. I cherished this farm place with so much history. My childhood dreams of having a horse came true and I ended up with 3 horses. My brothers refinished the floors at the guest house. The lady that owned the place at that time lived in Macon, Ga. (I think) . Anyway I loved all the history of this place, the jail under the house, the milk cellar, the cemetery, and so much more. I hope I can go there and see the place this spring. I see some changes in the front at the entrance…ther eused to be a very large muscadine arbor to the left of the as you went onto the porch.