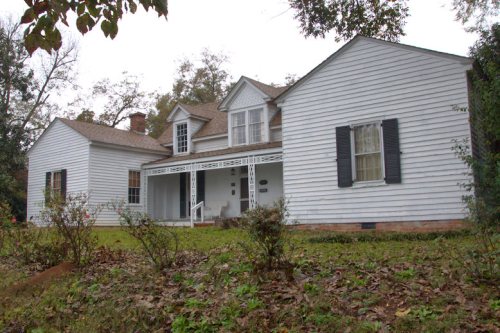 This house, said to be the oldest in Sparta, has grown up around an original log structure, through tasteful additions over the centuries. Built for Dr. Timothy Rossiter, it was purchased by Elias Boyer in 1812. It is sometimes referred to as the Rossiter-Little House, as the Little family owned it from the 1830s until the late 20th century. 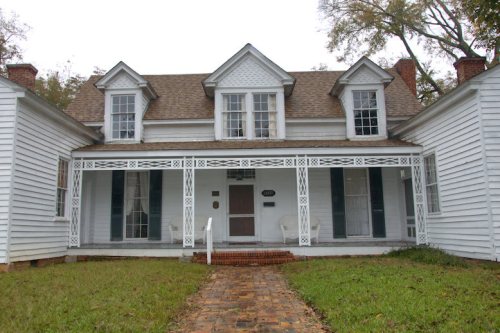 In The Architecture of Middle Georgia: The Oconee Area, (University of Georgia Press, Athens, 1972) John Linley identifies the lattice work on the front of the house as “sheaf of wheat” and notes that it is a light and delicate but unexpectedly sturdy type lattice which seems particularly suitable to the South. [It is] too generally underappreciated and a rapidly disappearing feature of many antebellum homes. It is present on a few houses in Hancock and Baldwin counties. 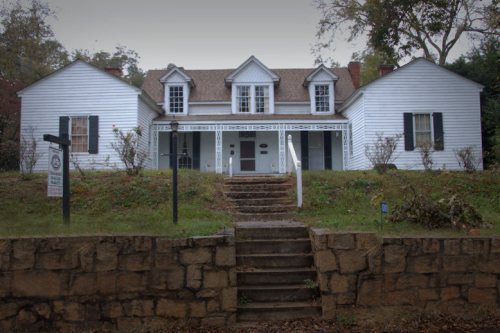 This house is log underneath and is early antebellum, I think. 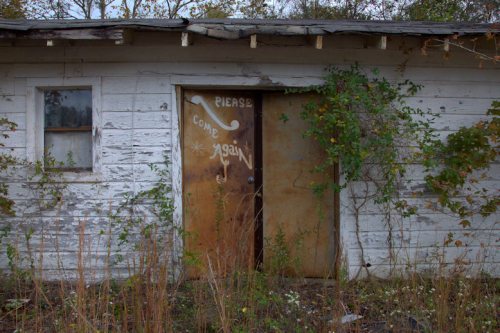 This old grocery store was once known as Lovejoy’s. It’s been closed for many years. Many photographers have stopped and shot the doorway and its whimsical  “Please Come Again” sign. 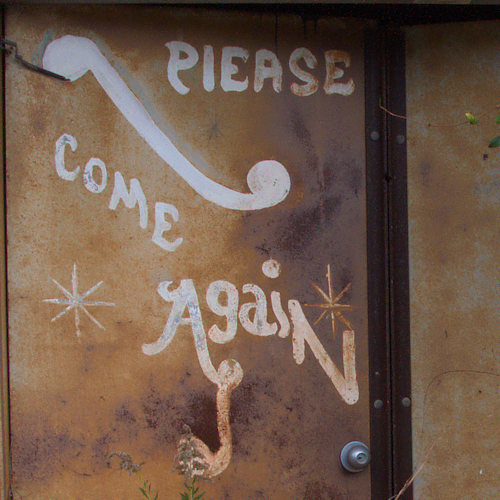 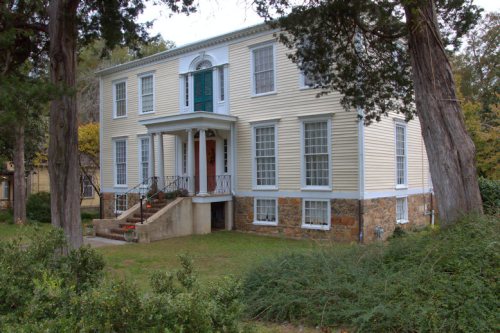 Built in the early 1820s for Dr. William Terrell (1778-1855), this remarkable Federal house displays a strong Palladian influence. A front porch extending the width of the house was removed during renovations but was likely not original to the structure. 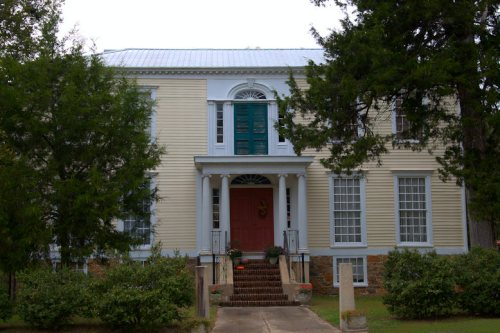 A stone-sided kitchen survives on the property, as does an office said to originally have been a billiard house [below]. Obviously, it was built in the Victorian era and the side room is a later addition. 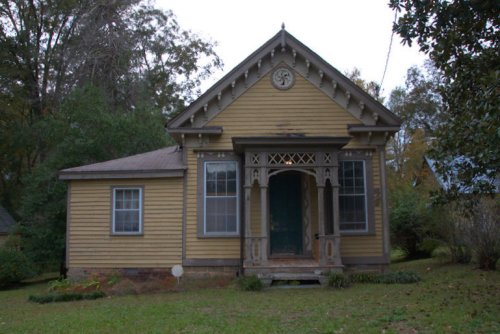 Dr. Terrell was a leading citizen in early-19th-century Sparta, serving in the Georgia legislature and later as a member of the U. S. House of Representatives. He was the founder and first president of the Sparta Planters Club, an agricultural and social consortium of prominent landowners which aimed to improve farming practices. He endowed the first serious chair of agriculture in the United States at the University of Georgia. Terrell County in Southwest Georgia is named for him.

This landmark house was built in the late 1840s as a wedding gift for William Harley and Mary Battle, and was home to the Harris and Rives families thereafter. Like most grand residences of its time in the South, it was built with slave labor. It was restored in the early 2000s by Suzy and Robert Currey and is today surrounded by their organic farming operations. 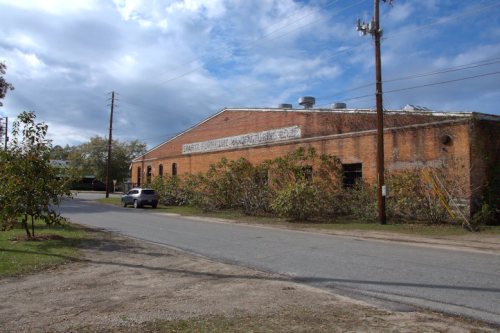 Built as a cotton warehouse in the 1890s, this structure was best known throughout most of its history as the Sparta Furniture Manufacturing Company. Suzy and Robert Currey bought it in 2012 and have transformed it into Sparta Mushrooms, with numerous specialty varieties being grown and distributed regularly to restaurants in Atlanta and Athens.

I was impressed by the wonderfully ordered and vibrant displays of Elm Street Gardens. This certified organic no-till farm covers at least four acres and sells locally and beyond. Sparta transplants Suzy and Robert Currey have done an admirable job of creating a model for a successful organic farm in a small town.

Plantings of persimmon trees along the sidewalks throughout the neighborhood are especially wonderful this time of year, heavy with fruit. 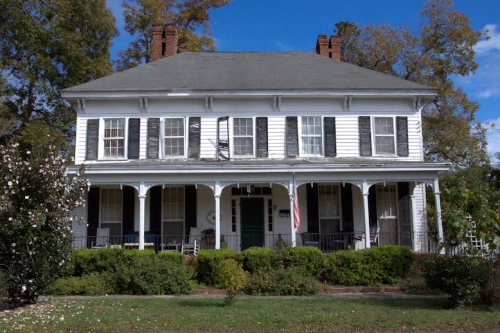