Depot Street is a great example of revitalization and repurposing of historical structures. Colorful facades add to the appeal.

The street, a block off the courthouse square and highway traffic, is very pedestrian friendly. 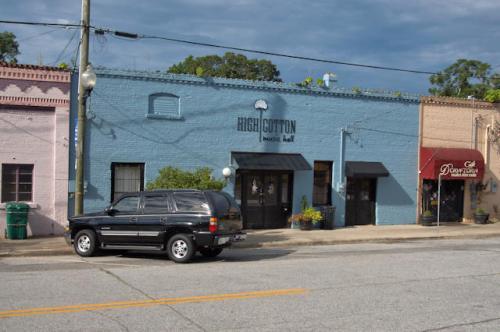 There’s an artsy feel, as well, with the Hart County Community Theatre and High Cotton Music Hall (above)  adding a cultural vibe.

This iconic building originally served as a livery stable but is best remembered as the Weatherly Furniture Company. Since 1983, it has been the Hart County Community Theatre.

In a downtown anchored by historic commercial storefronts, Hart County’s 1971 Modern courthouse is anachronistic. Though I’m not a fan of the style in its context here, the grounds are very inviting and pedestrian friendly. This is the fourth courthouse to serve Hart County since its creation in 1854.

In Memoriam of the Hart County Soldiers who died in the World War, 1917-19.

This row of oaks planted and the bronze tablet erected by the Hartwell Federated Woman’s Club.Hartwell GA., June 1922.

Located on the grounds of Hart County’s courthouse, this moving memorial was one of the first such public installations dedicated to the Vietnam War in Georgia.

From the foothills of northeast Georgia to the jungles of Vietnam we remember the ones who gave their lives.

Never to be Forgotten. The broken V symbolizes the casualties broken dreams, promises and plans. 1959 Vietnam 1975

Dedicated November 15, 1987 by Hart County Citizens to honor the memory of the six Hart County men whose patronage never dimmed; whose loyalty never weakened; whose courage never faltered; so that cherished dreams could be realized for those who come after them. 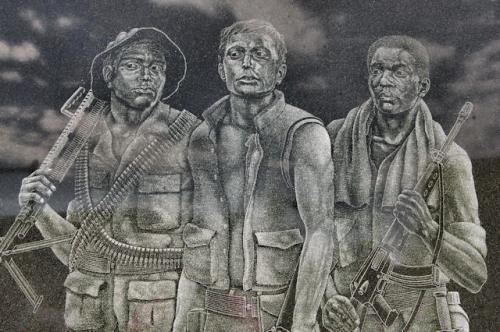 The Gallant-Belk department store was located on the first floor of this building and the Hartwell Garment Company, a sewing factory, operated upstairs. It’s an antique store today.

Originally a livery stable and wagon works and then a Buick dealership, this structure was home to the Coca-Cola Bottling Plant for many years.