Champion’s has been a Shady Dale landmark for many years. They even have their own independent sawmill on site. 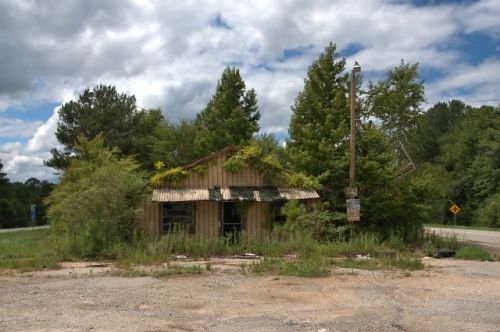 Slightly west of Eatonton is the crossroads settlement known as Willard. The only thing I found here was this abandoned country store. 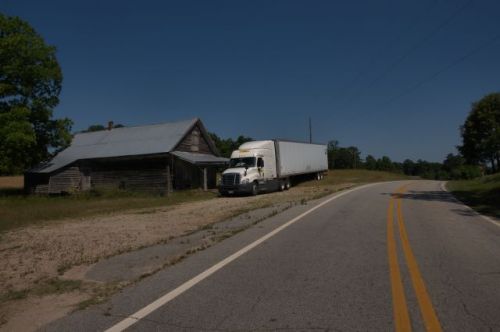 Rocky Mount can’t be found on every map, but the community lives on in several historic churches and this old store. 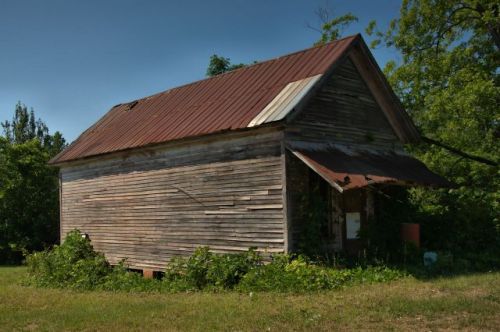 To my knowledge, this is the only surviving commercial structure in Neal.

This neat little store is located across the highway from Barnett Methodist Church. Nelanie McAfee wrote that it was Joe Chapman’s store but Mr. Chapman’s nephew, Jack Chapman, writes: Although similar in size and Joe Chapman’s store was across the road from the church, this is not a picture of it. It’s an unusually small structure and I hope I am able to identify it at some point.

Driving west from Forsyth toward Musella, you’ll pass through Russellville. Besides the historic Russellville Baptist Church, located nearby, this old general store and the unidentified structure in the previous post are all that remain to indicate that this was ever much more than a crossroads.

Though its exact date of establishment has been lost, the old Sunrise Grocery began as a Pure Oil station in the early 1920s. It became known as the Sunrise Grill in the 1940s. With several owners over the years, Sunrise Grocery has evolved into a local landmark and a go-to shop for the folks who hunt, camp, and fish in the area. Besides “convenience store” items and gasoline, they also sell local produce and regional arts and crafts items.

Heading south on US 19 from Blood Mountain to Cleveland, you’ll pass by this place. Originally built as a gas station and then expanded into a country store, it’s been a cafe for many years. Of its many owners across the decades, it’s founder Charles Turner is best known. He was a local legend who famously kept a soda-guzzling pet bear. Heavily guarded all-night poker games with local politicians are as much a part of its history as are Friday-night dances for local teenagers back in the 50s. With such diversity, it’s a wonderful survivor. After going into foreclosure in 2009, the building sat empty for two years; Steve Amoruso bought it and stabilized it while retaining its integrity. 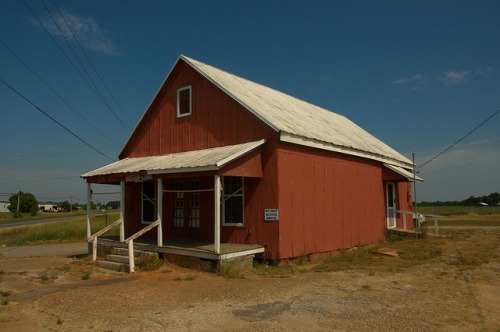 This little red store is quite a landmark in Madison County and I was determined to photograph it. I came to know of it through the photographs of my friend, Dagmar Nelson. She’s shot it many times over the years and if you’ll scroll through her wonderful Madison County set on Flickr, you’ll understand: