This old country store was photographed in May 1991 by Anne Chamlee. It is presumed to be gone now. 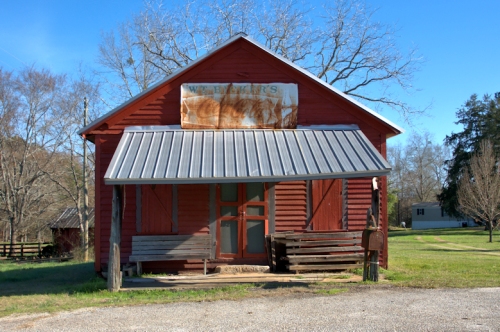 This is a wonderful example of the most common rural store type of early 20th century Georgia. 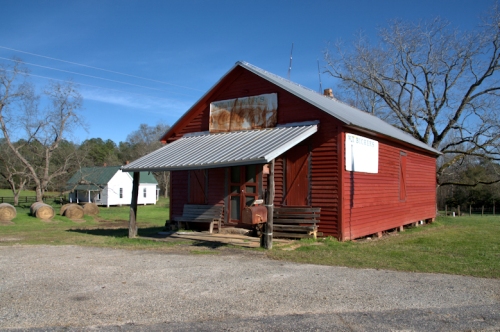 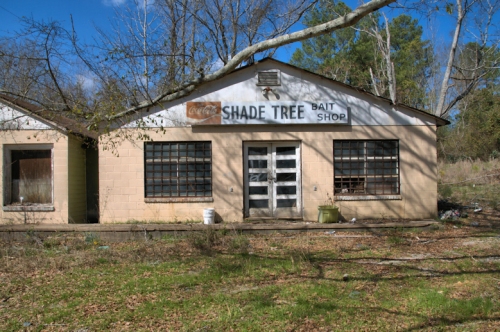 The Hogan General Store is a familiar landmark in Oglethorpe County, located near the ruins of the Birdsong-Hogan House.

This has likely been the home of other grocery stores over the years. 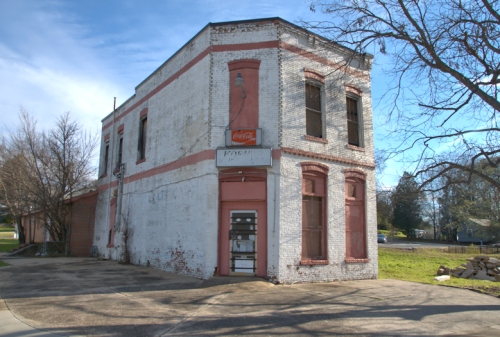 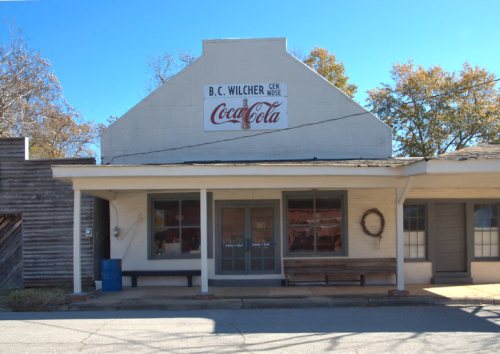 This is an amazingly well-preserved general store, like most of the commercial structures in the historic area of Michell. I’m really surprised the whole downtown isn’t on the National Register of Historic Places. It should be. 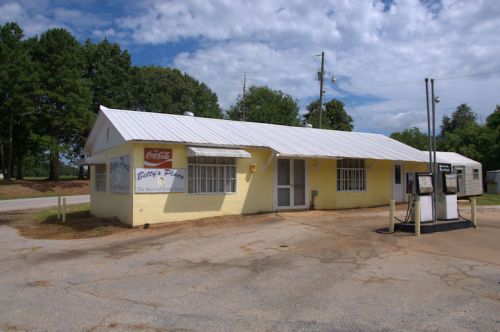 This country grocery/general store has most recently been known as Betty’s Place. When looking for Sandy Cross on a map, you might be surprised that there are several crossroads with this name in Northeast Georgia alone. 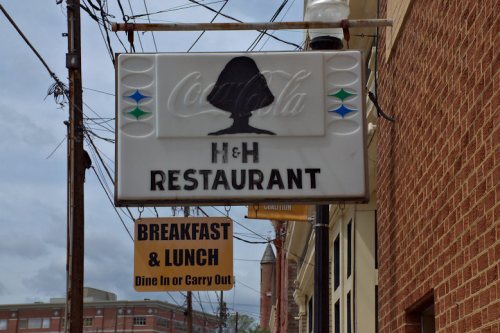 Inez Hill and Louise Hudson, affectionately known as Mama Hill and Mama Louise, opened their H & H Restaurant on the corner of Hayes and Third Street in 1959, moving to Cotton Avenue for a time before finally settling at the present Forsyth Avenue location. The establishment soon became a Macon favorite and would go on to acquire iconic status for its association with the Allman Brothers Band. In their struggling early days, the band members came into H &  H and were so broke they had to share plates. Mama Louise, sensing they were hungry, made them all their own plates, free of charge. The musicians never forgot her act of kindness and promised to make it up to her when they made it big. In 1972, they took her on tour.

For serious fans of the Allman Brothers Band, no trip to Macon would be complete without a visit to H & H. It was the hospitality of Mama Louise that helped put the place on the map and nearly fifty years later people still make their way here to feel a connection to rock history. The memorabilia-lined walls never fail to amaze. The Marshall Tucker Band, Wet Willie, and countless others were H & H regulars in Macon’s musical heyday of the early 1970s. It was also an important meeting place for Macon’s civil rights leaders and activists.

Of course, people come for the history and legend but return for the excellent food. Known as Macon’s “fried chicken specialist”, H & H also offers items like country fried steak, fried fish, oxtails, and more. The meats are great, but the sides are even better. I’m not a fan of collards, but I like H & H’s. Their mashed potatoes are creamy (not runny) and the squash casserole is as good as you’ll find anywhere. They top it with cheese to make it perfect.

Mama Hill collapsed while working in the restaurant in 2007 and died the next day at the age of 92. H & H briefly closed in 2013 but reopened in early 2015. It’s been called Georgia’s most iconic restaurant and while it fits the bill, it’s not a pretentious place. You’ll feel right at home when you walk in the door, with locals and tourists alike. The staff are some of the best you’ll find anywhere and the food will not disappoint.