Between Summerville and the Alabama line on Georgia Highway 114, Lyerly is located in one of the most scenic areas of Northwest Georgia.

A variety of early- to mid-20th-century structures survive in varying states of repair.

It’s not known exactly when Lyerly was established but has close ties to the nearby lost towns of Glenwood and Melville. The Chattanooga Rome & Columbus Railway built a depot in what would become Lyerly in 1888 and the town was incorporated in 1891. It’s thought to be named for Tennessee bank president Charles Abner Lyerly, who had investments in the area.

Derek Reynolds, writes via Facebook that this was a sausage factory in the 1940s. Marie Hanna adds that it was later known as the Ragland gas station and was used to store old cars. The Raglands donated to the city a few years ago. Billy W. Gilliland: The building Marie referred to as Ragland gas station is partially correct. It was a gas station, but was officially Ragland’s garage. They worked on cars, trucks and tractors, and fixed flat tires. They also did welding and anything else you needed done. Selling gas was probably just a small part of their business. You could always count on them for quality work and reasonable prices. Prior to that it was Sittion’s garage.

The first time I came through Summerville, on a mission to see Paradise Garden, it was lunchtime and I stopped at this place. It was packed to the rafters and like a step back in time. None of the interior has been updated since it was built, likely in 1965 when the business was established, but the place was warm and welcoming. And I loved their pepper-based sauce. A jar was purchased and guarded until the last drop was used. I wish I’d bought a dozen jars, because it was closed when I passed through a few weeks ago. And judging by comments online, it’s a real roll of the dice to find it open. Locals obviously love the place, too. I don’t know anything about their hours or why they’re so rarely open, but I do know that they have some of the best barbecue sauce I’ve ever eaten. If you’re lucky enough to be in Summerville when they’re open, make sure to stop by.

For the unfamiliar, Paradise Garden is the life’s work of the late Reverend Howard Finster (2 December 1915 or 1916-22 October 2001). A man of strong religious faith, Finster was a tireless folk artist who used his boundless energy and talent to spread the word of God in every available medium. The folk art chapel (above), as well as much of the garden itself, is presently being restored after going back to nature in the time since his passing. His own words sum up his mission and are often used to describe his philosophy of reusing, recycling and casting nothing of value aside: “I took the pieces you threw away-put them together by night & day-washed by rain and dried by sun, a million pieces all in one!” As a matter of fact, Finster created over 40,000 pieces of art in his lifetime.

Howard Finster rose to national prominence and widespread fame in the 1980s thanks to his work being featured on album covers by the Talking Heads, R.E.M., and many others.  R.E.M. even shot much of their video for “Radio Free Europe” at the garden and featured a cameo of Howard. During this time Reverend Finster was also a guest on the Tonight Show with Johnny Carson which helped cement his national reputation.

Visiting Paradise Garden for the first time was a life-changing experience for me. The people of Chattooga County are understandably proud to call Howard one of their own and in all  my travels around Georgia, they are some of the nicest people I’ve ever met. The next three images highlight the Rolling Chair Ramp Gallery, where work from fans and admirers, as well as ephemera and memorabilia from Howard’s life are displayed. He built this structure mainly to share his message with those who were unable to walk around the garden. 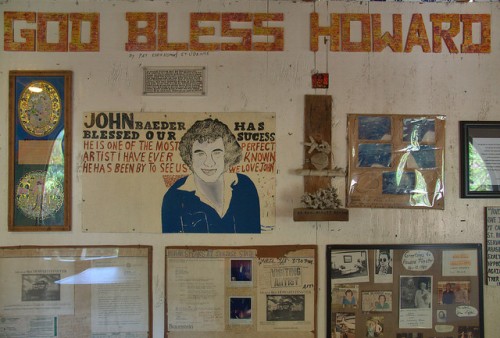 The Coca-Cola Bottle House (below) was used as a pump house. 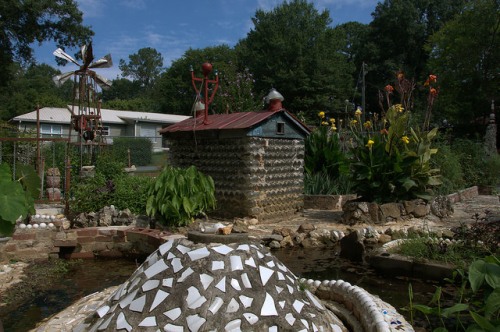 Howard let nothing go to waste, not even the waste basket. 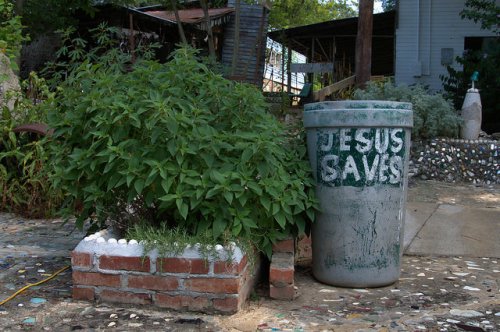 This giant cement shoe is one of my favorite items in the garden.

Enjoy the next few photographs and get an idea of this visionary’s world. Of course, the only way to really appreciate it is to make the journey to Summerville yourself. You won’t regret it! 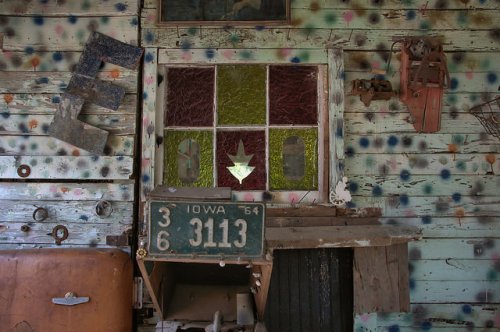 The mirror house (below) is being restored. 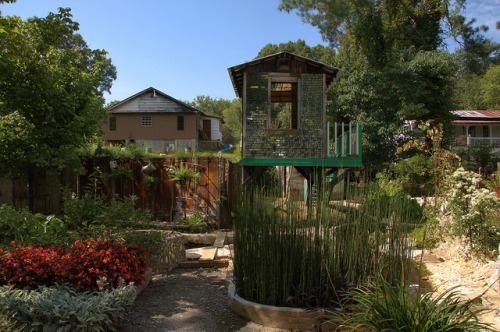 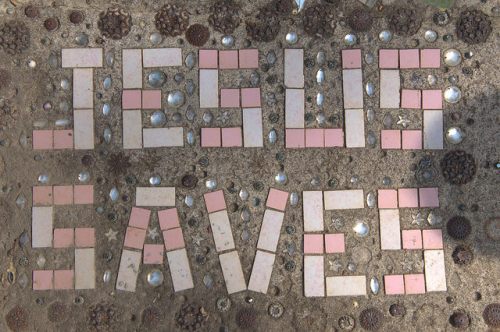 In the mosaic garden…

Some of Howard’s “supplies”.

The tour is entirely self-guided, unless you ask for a guide, and you are guaranteed to get lost in the whimsy of this place. Consider that a good thing.

Detail of Finster Self-Portrait and the front porch of his home, now the visitor’s center.

To learn more about Howard, simply search his name on YouTube for lots of interviews, &c.

This historic and still-active congregation dates to 1835. The present structure dates to 1859; it was restored in 1942. It’s near the community of Chattoogaville but has a Lyerly address.

Designed by the Bryan Architectural Firm, the Chattooga County Courthouse is of the style most commonly built in Georgia during the 20th century. 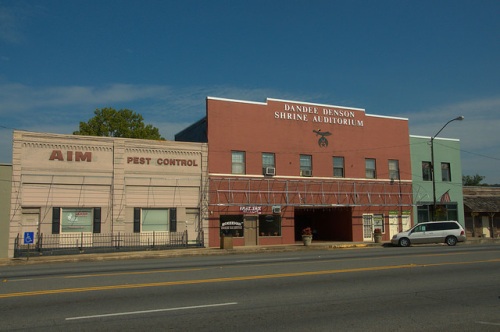 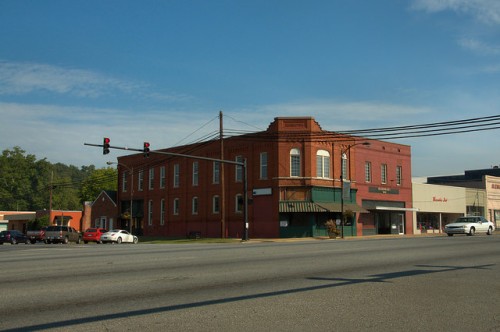 The corner building was originally known as the Arrington Drug Company and was later occupied by the Jackson Drug Company. A historic hardware store is located beside it. 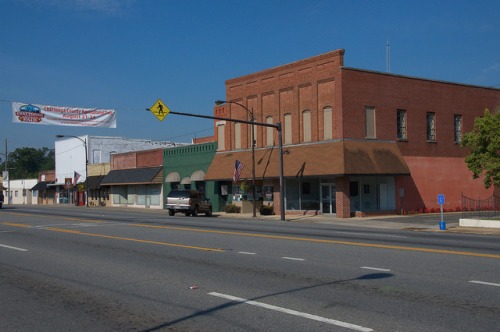 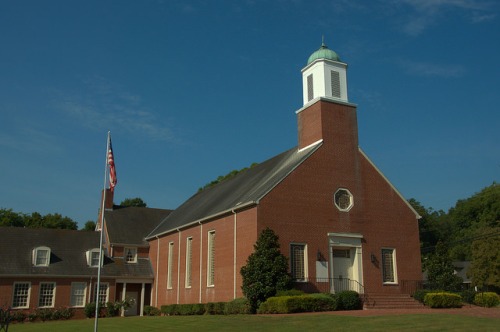 This historic congregation dates to 1848. Though the present building was constructed in 1937, it wasn’t dedicated until 11 January 1942. The pastor at that time was Madison D. Short, Sr. The cornerstone also lists others involved in the completion of the new church building.