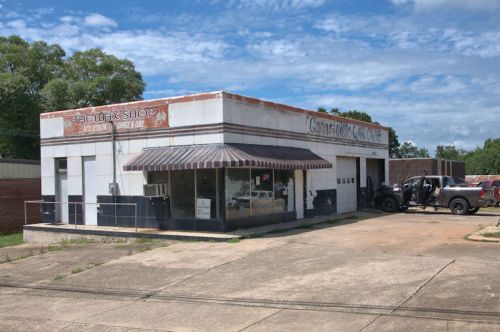 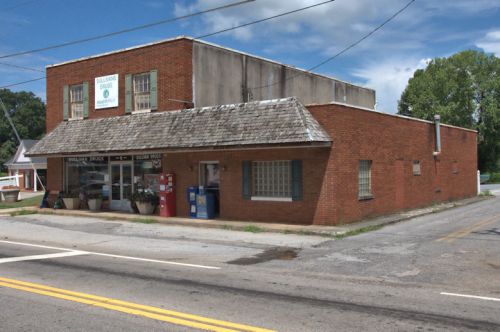 Sullivan Drugs has been in business since 1957. 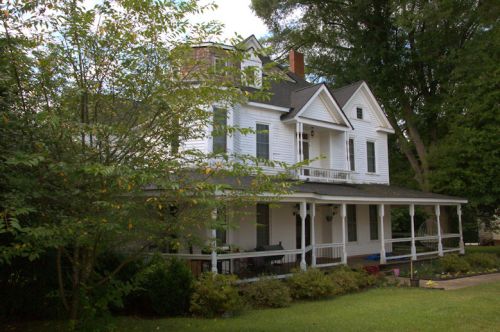 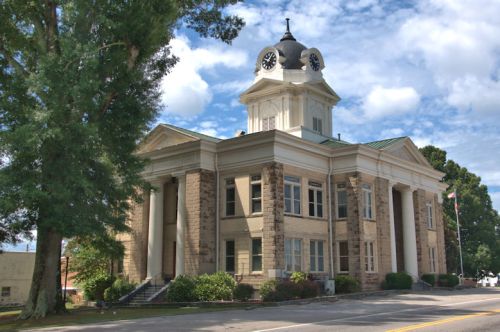 This is one of two courthouses in Georgia designed by the Knoxville, Tennessee, architectural firm of W. Chamberlain & Company. The other is in Berrien County.  Franklin County was one of the first counties created in Georgia after the Revolutionary War, dating to 1784. Carnesville has been the county seat since 1806. 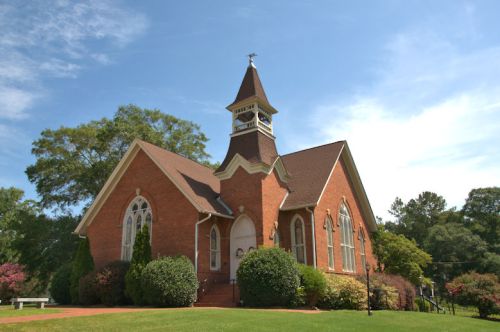 This is now home to another church. 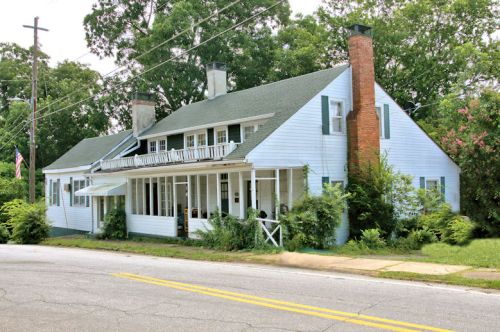 The first part of this house was built circa 1840 as a residence and tavern and in 1860 was purchased by Jeremiah Ayers. He joined the original part of the house and  an adjacent post office with a breezeway. Ayers was a merchant and tanner and upon his death in 1885 his widow Louisa and their daughter Lizzie began taking in boarders to help support themselves. They lived in the basement and rented the upper rooms. Lizzie married Robert Little in 1901. They raised their children here and continued to take in boarders. Around 1930 they renovated and slightly expanded the boarding house and opened a coffee shop in the dining room. After Mr. Little’s death in 1943, Lizzie continued operating the business. In 1949, she became editor of the Carnesville Herald. She died in 1963.