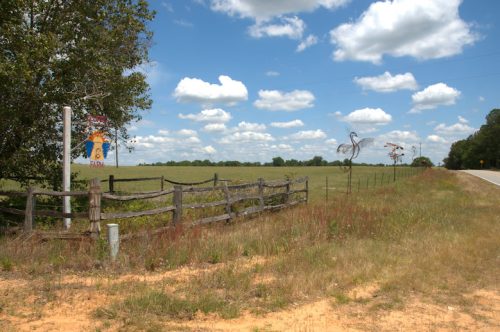 These recycled iron/scrap sculptures represent mythological and real creatures. I’m not sure who the artist is, but it may be farm owner Mark Chalker. You can’t help but notice them as you drive past. 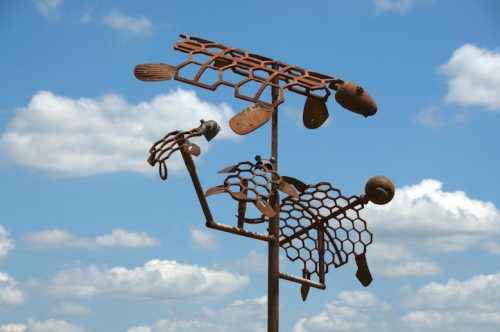 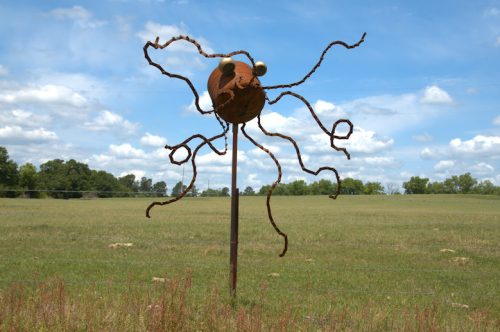 Phoenix, or Firebird. It’s hard to pick a favorite, but the Phoenix is mine. (The octopus came in a close second).

This historic farmhouse and the adjacent general store/commissary are about all that’s left of the Reese community. Since 1971, the property has been known as the Strother Farm.

According to Carroll Bolton, this landmark was built by William Absalom Ricketson and his wife Catherine Jackson, circa 1856. They and other family members are buried in the cemetery on the property. Originally from England the family immigrated around 1659 to Dartmouth, Massachusetts. [They] came to Georgia by way of North Carolina…The house as it stands today, sadly lost one of its chimneys several years ago. Various members of the family have occupied the house since its construction.

Regarding the community, Greg Morrison, who lives nearby, notes: The Ricketson area was a militia district as well as Reese, Newsomes, Neals and English. All these areas are geographically connected and were all named for men who served in the Revolutionary War. He also suggests that he understands that this house was originally a dogtrot. 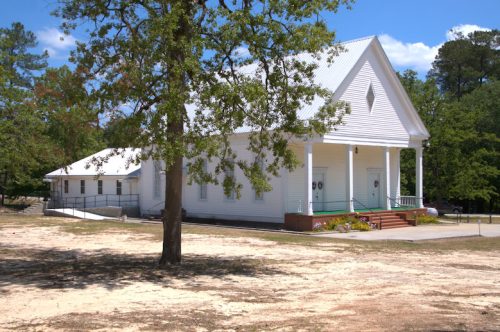 Established in 1777, Little Brier Creek Baptist Church is the oldest in Warren County. 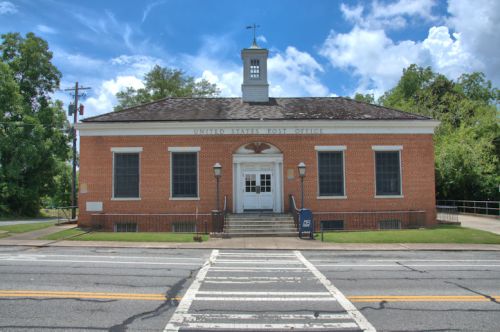 This New Deal post office is still in use. Louis A. Simon was the supervising architect. 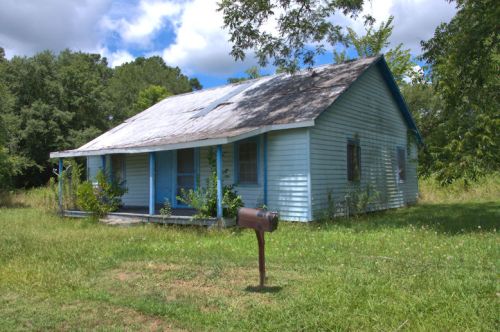 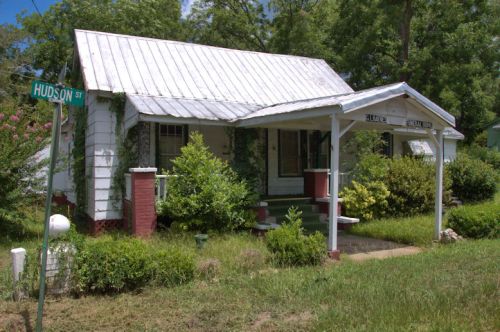 This is an old African-American funeral home. It’s certainly one of the more unique such places I’ve seen.