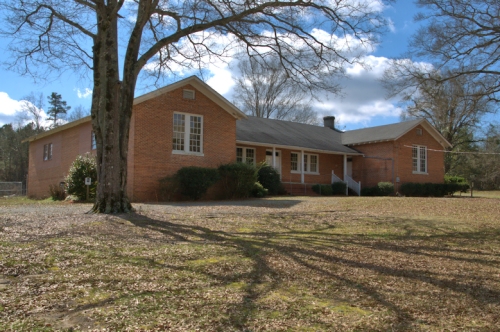 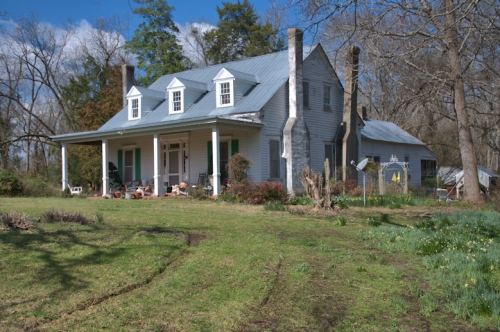 This house is decidedly different in style from the Georgian Cottage in the previous post, but follows the same general floor plan of four rooms divided by a central hallway. This is a wonderful antebellum example. 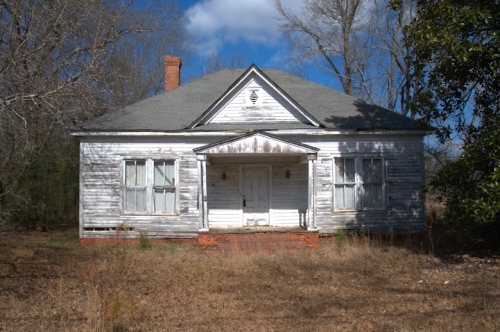 This is located beside the Church of the Purification. I don’t know if it was ever associated with the church. 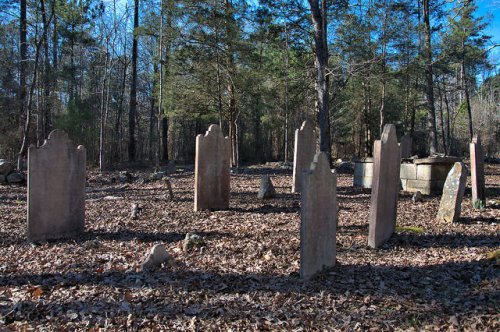 This sacred ground, Georgia’s first and oldest Catholic cemetery, is a great place for walking around and exploring. A real sense of peace came over me when I was there. Though none of the late-18th-century burials are marked or discernible today, the first burial was recorded here in 1794. Fieldstones mark some graves and those are likely the earliest burials.  The headstones are similar to the styles you’d find in Savannah or Charleston, not in the Georgia Piedmont. 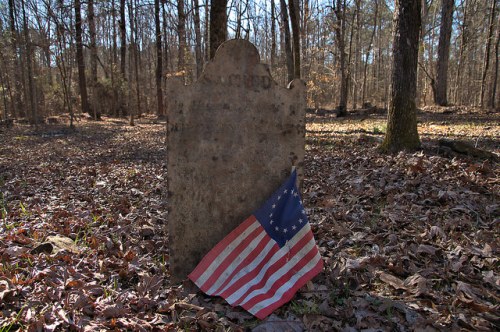 One of the more interesting interments is that of Lieutenant John Cratin of the 2nd Maryland Regiment, Revolutionary War. Lieutenant Cratin was among the first Catholic settlers of Georgia. Born in 1752 in Maryland, he died on 8 September 1826 in Locust Grove. 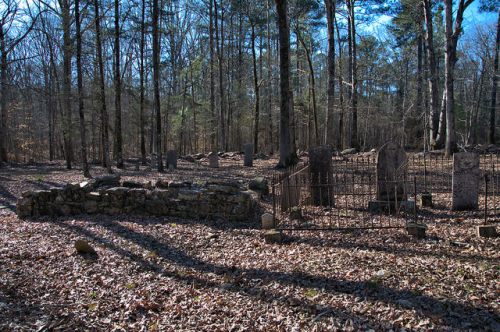 The stone enclosure pictured above is a relatively common construction in cemeteries of this age in the Piedmont.

Though a few headstones are damaged, the greatest danger to most is the erosion of the script due to nearly 200 years of exposure to the elements. 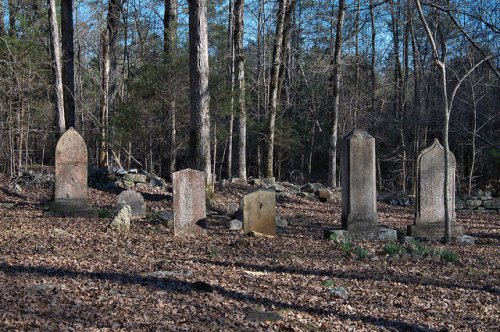 If you ever find yourself in the area, take the time to visit Locust Grove. You won’t be disappointed.

A list of interments at Locust Grove, compiled by Drexel Beck, can be viewed here.

Church of the Purification, 1883, Sharon

The first Catholic congregation in Georgia dates to 1790, when several English families from Maryland established a church at Locust Grove, in present-day Taliaferro County. They first called their colony Mary Land, in honor of their home state, but the name was quickly changed, first to Mount Panoma and finally to Locust Grove, for the large number of locust trees in the area. (All that remains of Locust Grove, about 1.7 miles from Sharon, is the Catholic cemetery). A log church, built there in 1792 to accommodate 50-60 parishioners was the first Catholic church ever built in Georgia. It was christened the Church of the Purification of the Blessed Virgin Mary.

The “Maryland English” at Locust Grove were soon joined and surpassed in number by French Catholics seeking refuge from the revolution and from the slave revolt in Haiti. Their priest, Father Souze, accompanied them. Father Jean le Moyne settled here around 1793-94, though records now indicate that Father Oliver le Mercier was the first priest to officially serve the congregation. Over the next two decades, German and Irish settlers were added to the congregation. Ancestors of Margaret Mitchell and Flannery O’Connor were early members.

While the first Georgia Catholics were not people of great means, they were educated and wanted the same for their children. In 1818 or 1819, they established Locust Grove Academy in the old log church and in 1826 it was chartered by the General Assembly as the first Catholic school in Georgia. A more substantial church structure was built to serve the congregation in 1821. In 1883, the present church was built. By 2001, the church was downgraded to station status by the Atlanta Archdiocese and it was essentially abandoned. An effort is presently being made to restore the structure and ultimately, rebuild the congregation. Presently, a well-attended Christmas Eve Mass is held here.

While Sharon’s commercial core may be nearly gone, the bright colors and public art adorning its old storefronts certainly make a nice impression. 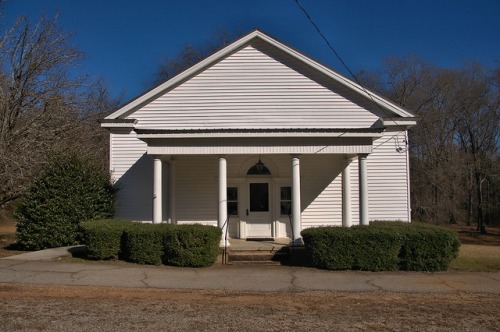 Founded as South Liberty Presbyterian in Wilkes County in 1820, this historic congregation first built a log church about four miles from the present location in 1828. This structure was built in 1855 and moved here in 1877. 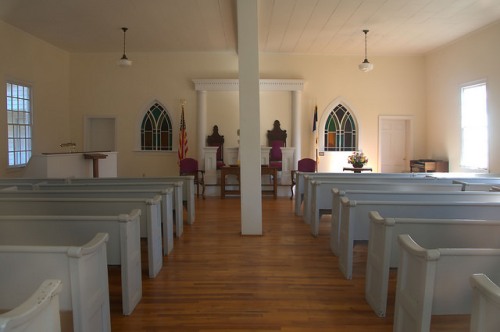 It’s a simple but beautiful church.