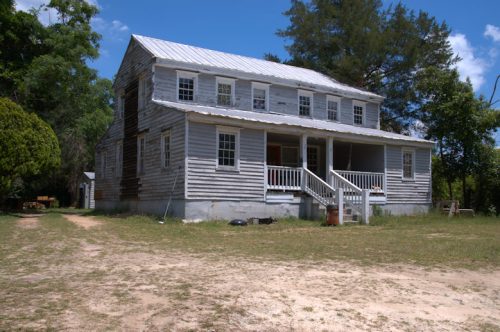 This transitional Federal I-House/Plantation Plain appears to date to early in the 19th century. I’ve not been able to locate any history of the house, but regarding the community, Greg Morrison, who lives nearby, notes: The Ricketson area was a militia district as well as Reese, Newsomes, Neals and English. All these areas are geographically connected and were all named for men who served in the Revolutionary War. He also suggests that he understands that this house was originally a dogtrot.