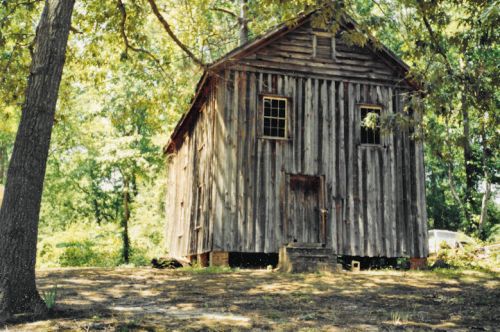 I’m honored to be able to share this photograph by Anne Chamlee; it will be one of several I plan on publishing here and on Vanishing South Georgia. Earlier this year, Anne reached out to let me know that she appreciated the work I was doing documenting Georgia’s rural architecture and that she had some photographs of her own that I might enjoy seeing. After several back-and-forth emails and some phone conversations, I’m so glad we were able to make a connection. She’s just as intrigued by the architecture of rural Georgia as I am and by the late 1980s was wandering around the backroads of Middle Georgia, photographing the endangered examples that sparked her interest. She’s also a delightful conversationalist, which is a bit of vanishing thing itself these days.

A Sooner by birth, Anne came South with her family just as the Dust Bowl was coming to an end. They wound up in Florida and she eventually met and married a man with roots in Hancock County, Tilmon Chamlee. Tilmon was a rising architect who had a very successful career in the commercial sector. After many years in Florida and then Macon, Anne and Tilmon eventually settled at Lake Sinclair in Baldwin County, where he continued his practice and indulged in his love for flying. He was also a commercial and instrument-rated pilot. Tilmon passed away in 2015 but Anne remains active in the community. After talking with her on the phone a few times, I still cannot believe she’s 85. 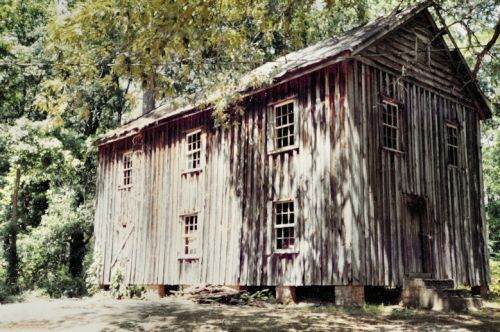 Regarding the structure: It was located near Haddock and is no longer extant. The photo dates to July 1988. It’s quite unusual as a church structure but was likely a multi-purpose center for the community. My guess is that the second floor was used for Sunday School and possibly even by a fraternal lodge. I hope to learn more.