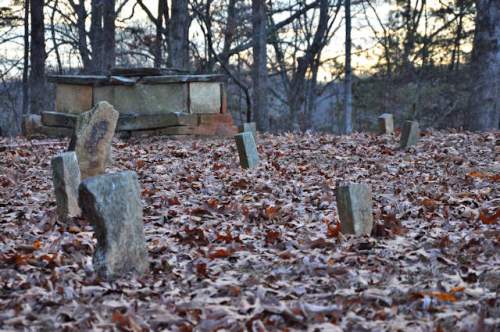 Located in the Garland community, this historic cemetery is characterized by a number of soapstone box and slot-and-tab tombs. Twenty cemeteries located within an 11-mile radius of Wahoo Baptist Church, in Lumpkin, White, and Hall counties feature these unique grave markers, with two others in Pickens and Jackson counties. Tom Kunesh of Tennessee is the authority on these mysterious adornments and has been researching them for years.

Most of the soapstone grave markers in Mount Gilead Cemetery are simple boxes, as opposed to the slightly more elaborate slot-and-tab variety, but there are fourteen documented examples here.

The varied sizes, as seen above, would seem to indicate adult and child burials. 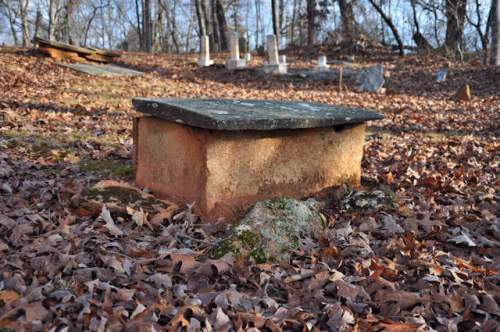 There is a singular beauty to these objects, speaking to the utilitarian needs of congregants and the skill of area carvers. Kunesh suggests that these were essentially empty boxes placed over the burial as a decorative means of preventing open-range livestock from stepping into freshly dug graves, as well as a foil against “resurrectionists” from digging remains.

The slot-and-tab variety is uncommon at Mount Gilead, but on one of the tabs is the only burial on which a name (Lowry) is legible. 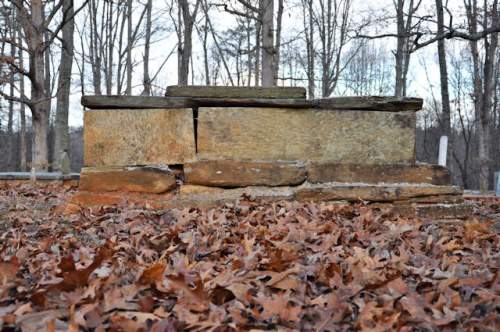 There are several “clusters” of these markers, suggesting family plots, and several which stand alone. 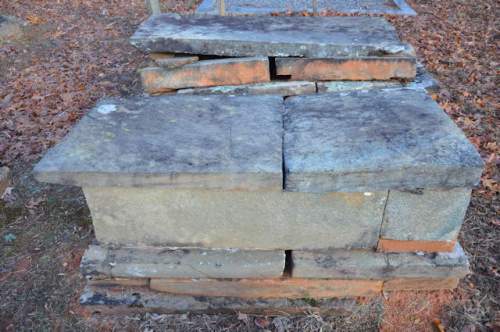 Some of the tombs have begun to collapse.

Others, as seen below, have completely sunk. The rectangular slab atop the tombs is known as a ledger stone. It’s possible that in some cases, only a ledger stone was used, similar to a modern slab. 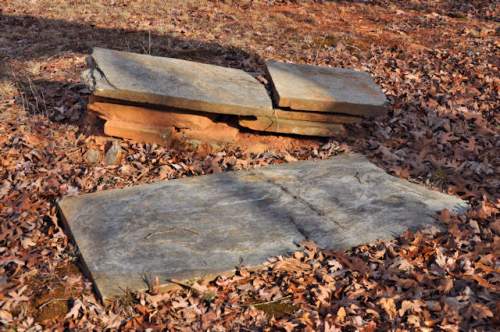 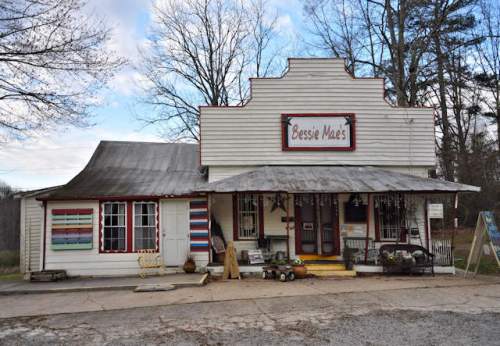