Various examples of the Colonial Revival style can be found on historic Madison Avenue. 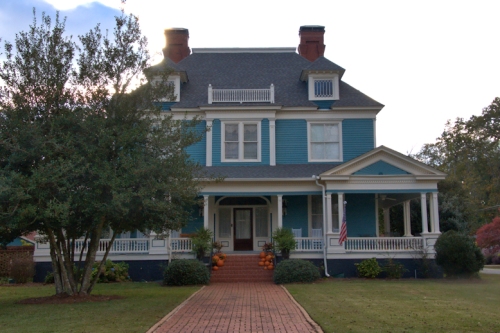 Like other early-20th-century revivals, they can be quite eclectic. 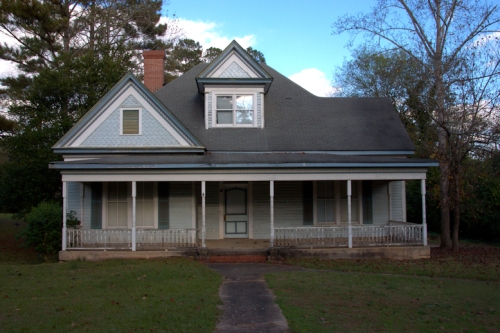 New South Cottages were a popular style from 1890-1910. They’re similar to Georgian Cottages, but asymmetrical. They incorporate many different styles, including Folk Victorian and Colonial Revival, as in these examples on historic Madison Avenue. 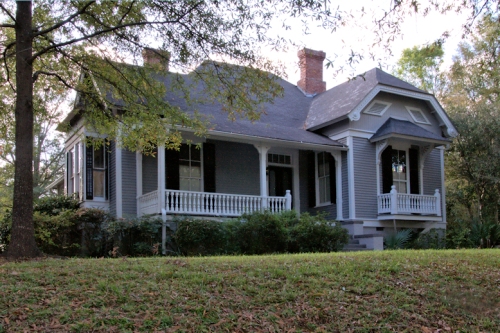 This house has an ornamented tower which is obscured by the trees on the right, but otherwise, its wonderful Victorian Gothic details are visible here. According to the National Register of Historic Places, it was built as a four-room central hallway house and expanded over the years as it passed from family to family. The Victorian triple gables and tower were added around 1885.

As John Linley wrote in The Architecture of Middle Georgia: The Oconee Area, “Greek Revival architecture seems to have reached a certain perfection in [this] house.” Originally thought to have been built circa 1836, research now indicates that construction took place between 1852-1854. It was built for Daniel & Elizabeth Trippe Slade. Slade came to Eatonton from Litchfield, Connecticut, around 1828 and after a brief teaching career operated a successful mercantile business for many years. The house was sold to a local judge, named Wingfield, around the turn of the last century and his family remained there until 1975. 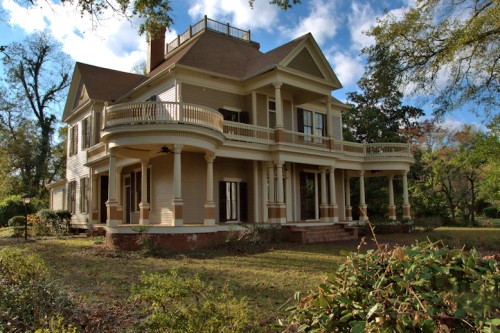 This was transformed from a Queen Anne to a more Classical-inspired house in 1898.

This house has intrigued me ever since I first “discovered” it on the cover of John Linley’s The Architecture of Middle Georgia: The Oconee Area many years ago. Linley was able to get a better photograph, as the front yard was less overgrown at the time, but it still looks great. 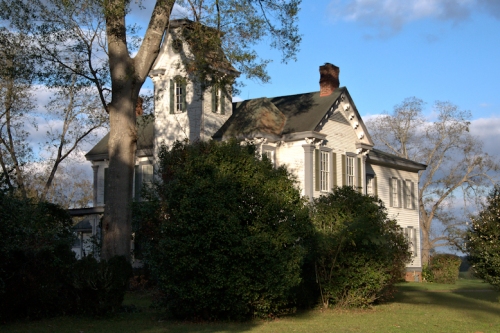 It was built in the Greek Revival style by Tunis Tunison, who with James Morrison Broadfield built Temperance Hall, the first two-story brick structure in Eatonton, in 1849. Tunison lost the house to William Paschal in a sherrif’s sale around 1860. It’s unclear when the front tower was added, but some sources suggest as early as 1858; others suggest the 1870s. I’m still not even sure as to the provenance of ownership, which varies greatly in sources.

Constructed from derelict slave cabins, the Uncle Remus Museum opened in Eatonton in 1963. Its location, Turner Park, was the boyhood homeplace of Joseph Sidney Turner, the inspiration for the “little boy” to whom “Uncle Remus” relayed all his critter stories in Uncle Remus: His Songs and His Sayings (1880) and later works. Turner’s father, Joseph Addison Turner, owned Turnwold Plantation where Harris apprenticed as a teenager during the Civil War. A reconstructed blacksmith shop is also located in the park.

Carvings of many of the animal characters populate the grounds, which are a delight to walk around. I’m not sure who did all of these wonderful wood sculptures, but they’re a wonderful addition to the property. And forgive me if I confuse Bre’r Fox and Bre’r Wolf! 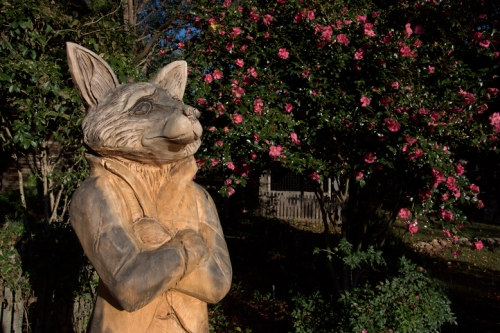 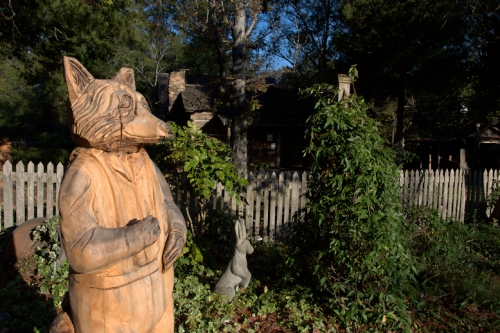 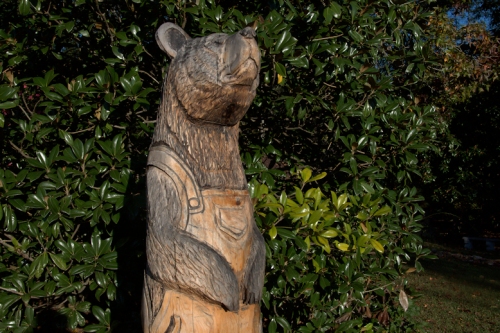 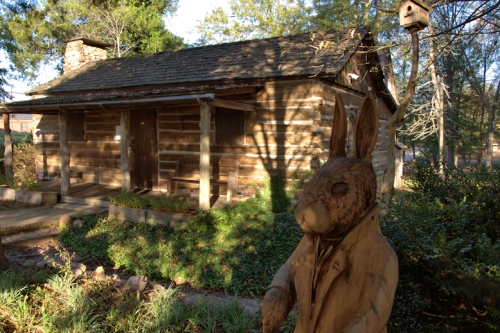 And last, but certainly not least, Bre’r Rabbit.