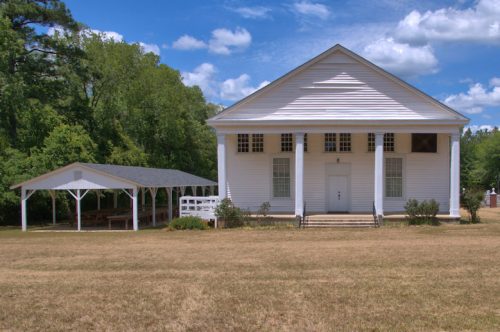 Organized as Folsom Creek Baptist Church on 28 June 1792 by Adam Jones and Jeptha Vining, this church was renamed Horeb in 1798 and relocated to the present location in 1799. As was often the case, slaves were members until the Civil War and some are buried in the adjacent cemetery. Newly emancipated, African-Americans began to organize their own churches after the war. At its bicentennial in 1992, membership in Horeb had dwindled to such a low number that the church officially disbanded. It is still well-maintained and used for occasional events and services.