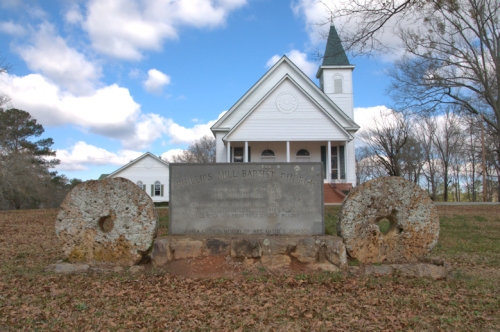 In 1785, 16 people met at Joel Phillips’s Mill on this site with the purpose of organizing a Baptist church. The original millstones remain on the property. Silas Mercer was the first pastor, and served for 11 years. His son Jesse, who went on to establish what would become Mercer University, became pastor upon his father’s death in 1796.

Due to its association with the Mercers, and because of its early establishment, Phillips Mill is one of the most historically significant Baptist churches in Georgia. The present sanctuary, located about four miles from the original church site, was completed in 1907.