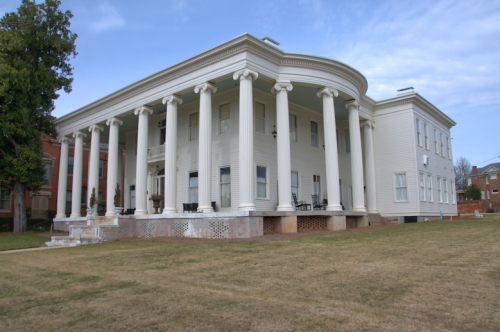 Built by James Goddard, a Massachusetts native, this massive Greek Revival landmark was later owned by prominent Macon banker and Macon & Western Railroad president Isaac Scott. W. A. Huff bought it for $14,285 in gold in 1866, and after changing hands several times, it was purchased by William McEwen Johnston in 1893. Originally built as a half-house with just four columns, the house was expanded for Johnston by architect Peter Dennis to accommodate colonnades on three sides. Beginning in 1976, Harris and Wynell Bedgood spent many years restoring and maintaining the historic integrity of the house.