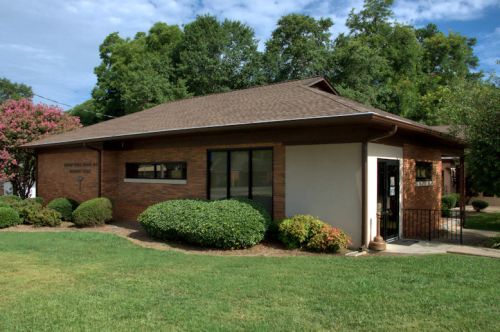 Doctor’s offices of this style were quite common from the 1950s to the early 1970s. I’m not sure why it was such a popular choice, but they seemed to get the job done. This was named in memory of Dr. Stewart Dixon Brown, Sr. (1881-1952), and operated by his son, also a physician. The senior Dr. Brown was a beloved physician in Royston. A historical marker in front of the clinic notes that Dr. Brown served the people for 40 years, performing 35,000 operations. Since Royston had no hospital, he traveled from house to house in his early practice. He then opened a small hospital. It was the only such facility in the area until Dr. Brown’s childhood friend, Ty Cobb, gave money for the construction of Cobb Memorial in 1950. Dr. Brown was the first superintendent of Cobb Memorial.