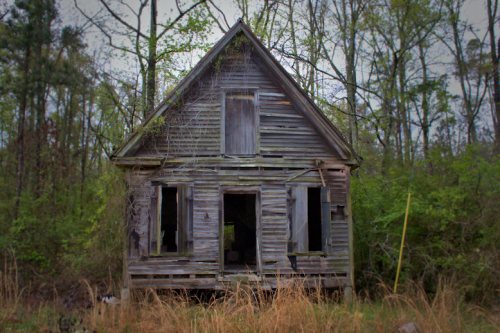 Devereux was planned as a suburb of Sparta though it never materialized in the way its planners had hoped. This was likely the main business in town, located across from the railroad tracks. Sandra Clarke writes: Devereux used to be a pretty thriving small village. There was a very large store, two meat markets, a bank, and two more stores past the large store with the one you pictured, the last and probably the smallest. When I was growing up my daddy, Ivy Coleman worked in the large store with his cousin, Joe Coleman, and Mr. Bill Armour. It was called J. M. Moate Co. and Mr. Moate I never knew, but his wife I did know. She lived to be 104 and lived in the two-story house at the triangle intersection before you get to where the stores used to be. There was also a large stone building across the street near the railroad tracks that was a warehouse for cotton maybe. It was not in use while I was growing up and was torn down about 15 years ago. There was also a post office,  depot, and cotton gin. Trains used to stop in Devereux and there was a large settlement of houses on past the store you pictured where railroad folks lived. 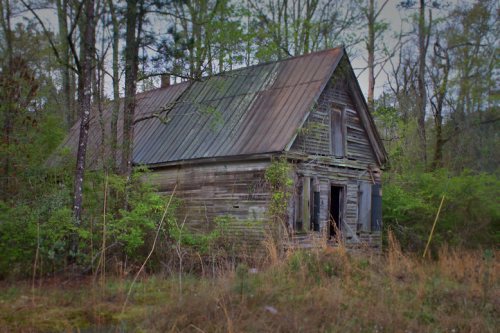