I’m happy to report that restoration has begun on this landmark. It was built by Dr. William Prichard on land purchased from Robert Lanier, father of Sidney Lanier. There were several owners between 1872 and 1919 when it was purchased by Lucien P. Goodrich, grandson of Dr. Pritchard. Goodrich was a city and county attorney, city court judge, president of the Chamber of Commerce and Griffin Bar Association and served on the first Board of Regents of the University System of Georgia. He died in 1954 and after a brief ownership by his daughter, the home passed from family hands. [Other names associated with the property have been Wadsworth and Jones]. 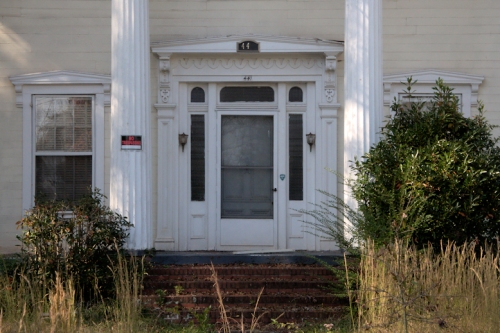