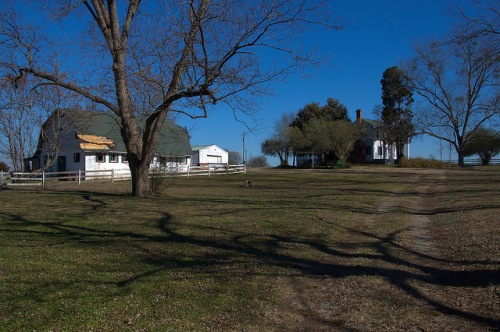 Located on private property and inaccessible, Turnwold is among the most historic plantations in Georgia. Likely dating to the 1810s-1820s, the present house, known as the Alexander-Turner House, has undergone many modifications over the years. [There is some question as to the actual date of the house today]. In 1805, brothers William and Joseph Turner received property here in the 1805 land lottery and immediately began improving the property. Little is known of William, but Joseph was well-known for publishing The Countryman. It is thought to be the only such periodical published on a plantation during the course of the war. It was as a printer’s devil for Mr. Turner during the Civil War that Joel Chandler Harris heard stories in Turnwold’s slave quarters that would become the basis for his Uncle Remus stories. 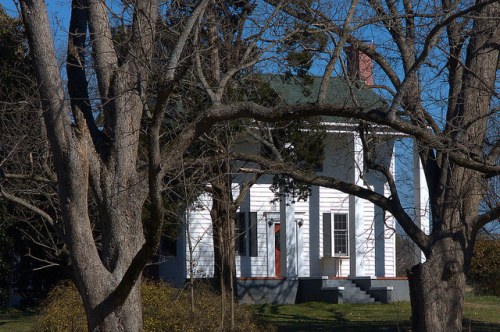 An outbuilding at the entrance gate is quite interesting in its own right, likely an early tenant house. 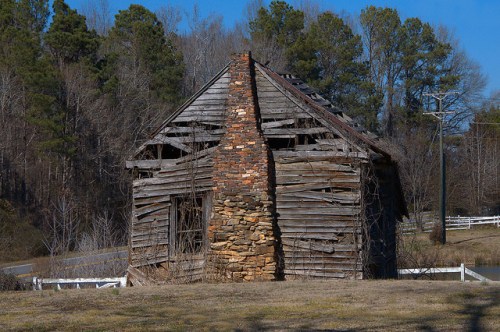 Just to emphasize again, this is private property and can only be viewed or photographed from the right of way.