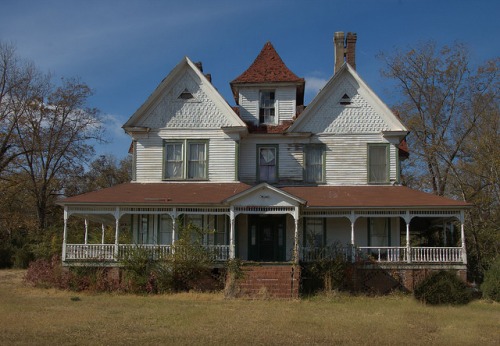 This house is perhaps best known today as the John McCown House, for its association with the African-American political organizer and visionary who purchased it in the late 1960s. Glenda R. Elliott wrote to say it was actually home for many years to her grandparents, Claude & Ruby Hill. Beginning in the 30s, if not the late 20s, my maternal grandparents, Claude and Ruby Hill lived there. The wedding reception of my parents, Jenny Ruth Hill and Edward Elliott, was held there on June 20, 1939. I was born at home there the following June. My mother and I lived there while my father served in World War II. When my father returned from the service, we continued to live there with my grandparents until 1957 when our family sold the house and moved to Thomson. By then my younger sister had been born in ’52, and my grandfather had died in ’55. The house was considerably remodeled during the time my family lived there. As I recall the house was bought by the Foster Jackson family. I (also) clearly recall my grandparents and mother referring to it many times as the “Birdsong House”. I believe this meant it had been built by and/or originally owned by and first lived in by the Birdsong family.

And Glenda’s sister, Edlyn Hill Elliott writes: Claude and Ruby Hill bought this house in the 30’s I believe. It was called the Birdsong house. Claude Hill was a USPS carrier and Ruby ran a merchantile store. My mother, Jennye R. Hill was living there & teaching school in Sparta when she married my father Edward C. Elliott. My sister, Glenda was actually born in the house. I was born in Bunion Clinic in Milledgeville, but we still resided in Mayfield, where the house is located. We all lived in the house as an extended family and attended Horeb Baptist Church. In 1957 we moved to Thomson. 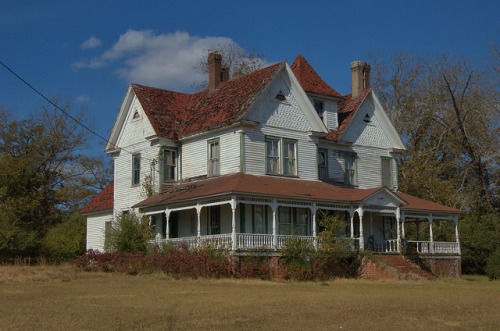 Several sources date the house to the 1890s, but I cannot confirm that date.